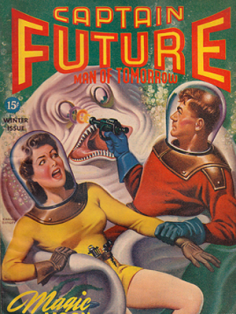 The term Genre Fiction in our context is the type of literary work which is often called Popular Fiction, and, if one were to make a crass distinction between high and low culture, Genre Fiction would typically be contrasted with so-called Literary Fiction. According to creative writing professor Robert McKee, Genre Fiction follows certain conventions such as the “specific settings, roles, events, and values that define individual genres and their subgenres.” These conventions are not a fixed set of features but rather they are always being negotiated and reassessed; it is also important to note that fictional works often fit into multiple genres by borrowing and recombining these conventions.Typical examples of Genre Fiction would be Action-adventure, Crime, Fantasy, Horror, Mystery or Detective, Romance, Science fiction and Western.

Because of the specific research interests of the [GotPop] group, our work here is very much focused on so-called speculative fiction, which is a catch-all term to describe a number of genres that all have as a central feature some departure from the world as we perceive it. This particular sub-set of genre fiction typically includes science fiction, fantasy, supernatural, horror, Utopian and Dystopian fiction. Our research interests here lie not only in the narratives themselves but also in the relation between Speculative Fiction and Constructed Languages (e.g. invented languages, Alien Languages and Future Englishes).